Paradise…… for the moment (Otres, Cambodia) 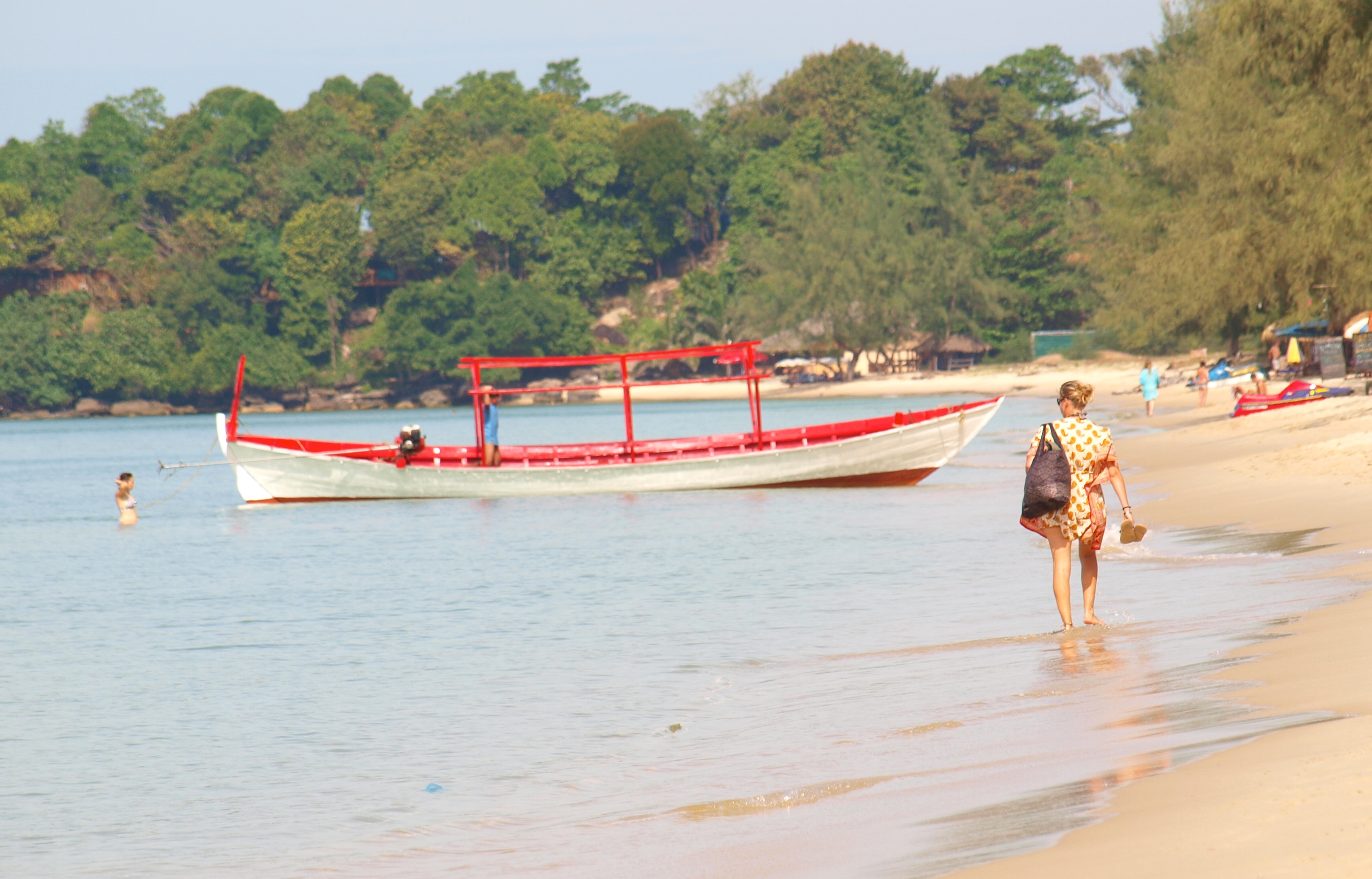 After researching the five or six beaches that are based along the coast in Sihanoukville, we decided that Otres sounded more like our cup of tea.

Described as ‘basic and rustic’ we knew we would be away from the hustle and bustle of the busy tourist filled beaches and be amongst fellow backpackers. Otres was not to disappoint.

On arrival we hunted down a simple eco establishment that had six unique rooms in the form of a concrete domes that looked like igloos.  The garden was perfect for ‘the boy’ to roam around and had many resident chickens that he was intrigued by and loved to follow around. The beach, well the beach was near on perfect. Shallow crystal clear water, shady tress for ‘the boy’ to play under, white sand and the entire beach lined only by rustic wooden beach cafes and bars.  It reminded us of our weekends in Palolem, Goa – another rustic unspoilt beach but Otres wins hands down for being the most beautiful, for now anyway. Over the last few years Cambodia has been selling off it’s many beautiful islands and land on its unspoilt beaches to rich Westerners and Otres beach has not escaped this fate.  A foreign investor has bought an entire stretch of untouched white beach and plans are already underway to build a huge concrete hotel right on the sand. It’s very sad that within a few years this lovely quiet unique place will be just like every other resort in Asia. Relaxing in the shade

‘The boy’ was in his element on the beach and became very confident in the water, almost too confident. If we turned our back for a few moments he’d make a dash for the water, laughing mischievously and running in until up to his chest before waiting for a wave to knock him under. For some reason he loves getting dunked under the waves and even after swallowing mouthfuls of water finds the whole thing hilarious.

The family that ran the beach café that we frequented were lovely and one of the sons took a shine to ‘the boy’. He would often entertain him or take him for a walk around the café showing him the resident newly hatched chicks.  One evening, after ordering a drink my hubby and I realised that ‘the boy’ was no longer in sight.  We knew that the café’s son had picked him up and carried him off, as he did, but after a minute or two of looking for him the panic set in. It was dark, we knew who he was with, but we didn’t really know him, did we? I felt sick. The boss of the café started shouting franticly for her son and then in the distance came a shout from the darkness.  We could just make out the silhouette of ‘the boy’ in the darkness. There he was, standing on a table, a stereo blasting out tunes whilst he danced (something he loves doing) for a small group of local teenagers. Let’s just say we were VERY relieved and the café’s son had a huge scolding from his mother for taking ‘the boy’ out of our sight. To be fair, he had no idea that what he’d done may cause us worry (just slightly!) and was very apologetic. Tomorrow we head to Phnom Penh to meet up with our friends Miss Marsh and Miss Hookings for a sunny Christmas, but after our great experience here I think Otres deserves another visit very soon. The main road in Otres – a dirt track

Top tip of the day:
Baby tiger balm is handy to have to sooth ant bites (of which ‘the boy’ has many on his feet). It’s possible to buy a similar product in Cambodia, but is more readily available in Thailand.