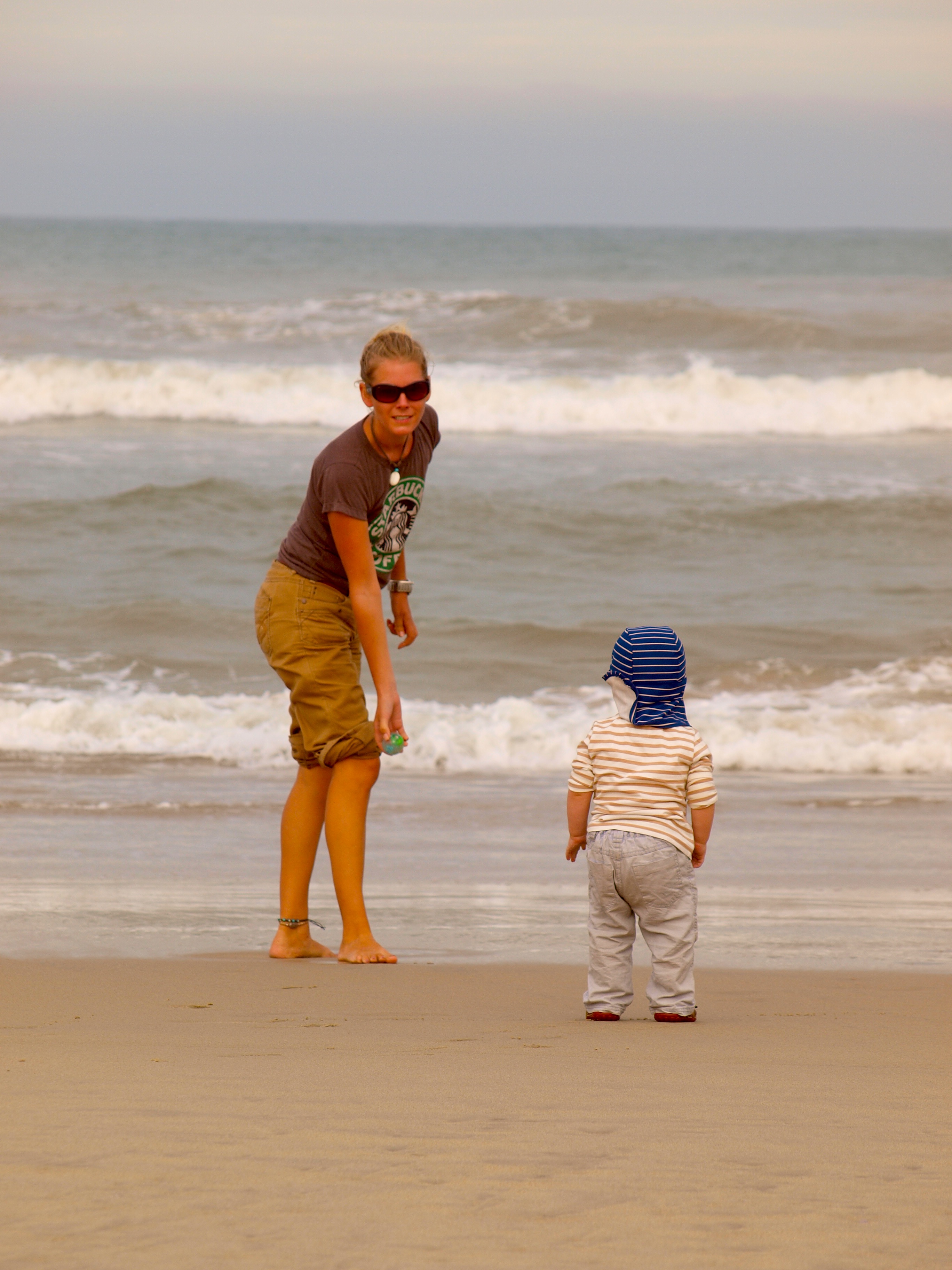 As we travelled further northwards we began to meet the cooler winter weather. This meant that:
a) we were able to find a double room with a large balcony overlooking the sea for $7 a night, but
b) it was far too windy and cold to sit on the beach for any prolonged time. All the same, it was great to be able to walk along the beach and get some fresh air, even if it was a bit chilly.

China beach is a strange area. The development there is phenomenal. In a 5km stretch of beach there are already nine or ten huge 5 star complexes, with at least another ten at the planning or part built stages. I cannot imagine that once finished all of these establishments would ever be operating at full capacity, but that’s just my opinion.

‘The boy’ enjoys a walk on windy China beach

The guest house that we stayed in is one of the last remaining beach front guest houses still standing, as many of the previous old buildings have been bulldozed to make way for these huge hotels.  According to the literature we read, the guesthouse we stayed in is likely to suffer the same fate. It’s a real shame that a unique family business, built up over many years can be taken away from the local people so easily, replaced by a very uniform hotel complex.

Relaxing on the balcony

That evening we ate at one of the few local places that was open as many were still closed over the festive period. The food was absolutely terrible, some of the worst we’ve had on out trip, but the family that ran it were so friendly and happy to take ‘the boy’ of our hands that it gave us a nice break.  We even forced ourselves to return for round two the following evening, as the added bonus of childcare gave my hubby and I some precious relaxation time. It was on our first evening here, after watching ‘the boy’ bouncing manically up and down on the back of a chair at 10pm, that we first realised that we were witnessing his first sugar rush.

‘The boy’ plays with the sand on China Beach

Throughout the morning, before catching our flight from Dalat,  ‘the boy’ was handed many treats from the New Years Day sweet box. As it was one off occasion, we decided to turn a blind eye to the sugared dried fruits and small biscuits that he was being given.

When we arrived at the airport ‘the boy’ had an abundance of energy. He found some older children to interact with and spent the next two hours running crazily around the departure hall. On most plane journeys he normally sleeps, but not today. In fact, we’d commented on how much energy he had and how unusual it was for him not to have a snooze. And so there we were, late evening, watching him bounce around the café, wired, when all we wanted to do was go back to our room and sleep.  It was only then that we realised that his unusual behaviour could be down to increased amount of sugar that he’d eaten during the day. Needless to say, the New Years treats were confiscated for the remainder of the festive period and ‘the boy’ reverted to his normal laid back self. Hurrah!

Top tip if the day:
On flights, we’ve found that our baby has more discomfort with the air pressure on the descent, rather than the ascent. On shorter flights we save his milk for the landing, and give him a sippy cup of water, or his dummy for the take off.