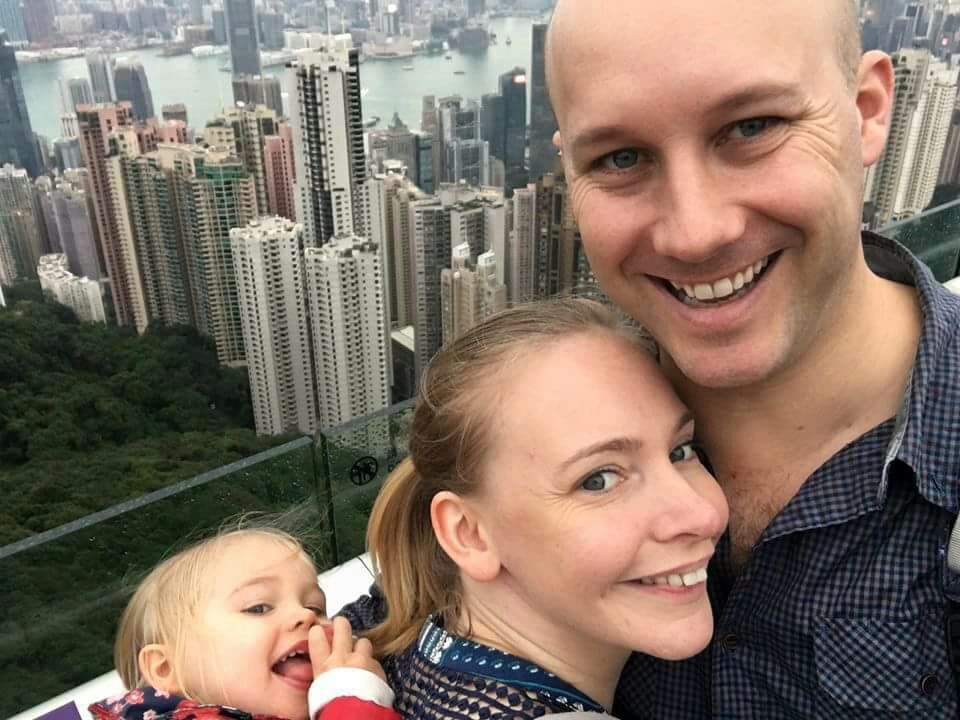 Tell us a little bit about your tribe and your holiday style.
Anna and I have a shared love of travel, which in around eight pre-Heidi years together had taken us to India, Nepal, Sri Lanka, Kenya, Tanzania, Belize, Guatemala and the Philippines, as well as a number of places across Europe. For the most part this was self-planned backpacking – the first and last night’s accommodation booked, and make it up as we go along in between. When Heidi showed up, a little over two years ago, we hoped we would be able to take her with us on similar, but simplified, trips. It has not worked out that way. Heidi is a spirited lass, who does not specialise in staying still or quiet or contented for very long at all, making both confined transport spaces and following specific itineraries difficult and dreaded. But a positive flip of this is that Heidi is not satisfied staying in the same place for days and days. She needs new stimuli, so a wandering on-the-move pattern suits us. We do not tend to make concrete plans based around iconic destinations or specific sights – it is more a case of picking an interesting culture and keeping the options open. 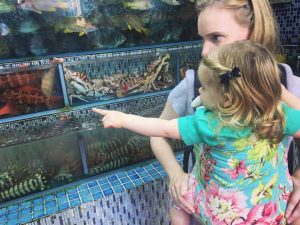 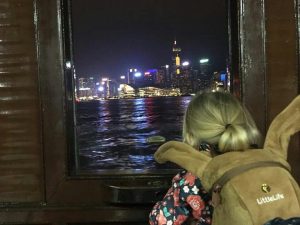 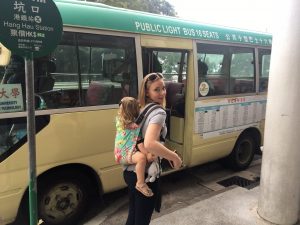 What has been your favourite family holiday and why did you love it?
Hong Kong. This was our first long haul with Heidi. She was closing in on two at the time and we were terrified about how she would take to the flight. We had previously cancelled a trip to Colombia as Heidi had been unwell and sleeping patchily, and tearful wake-ups every 90 minutes through a pair of 11-hour overnight flights had scared us off, but for Hong Kong she was brilliant. Parent privileges meant we were both first onboard the plane and seated right at the front of the economy cabin, so most of the passengers had to pass us on their way to their seats. Heidi grinned and said hello to each one of them, then blissfully slept for most of the flight. We were prepared for, and expected, a much tougher ride than that. She dealt well – better than her parents – with the difference in time zones and was unfazed by the unusual temperatures and unusual food. Most of Heidi’s home world – nursery and shops and friends’ houses – are walking distance from our flat, so taking multiple trips in minibuses, Metro trains and the Star Ferry, was a thrill for her, as were the volumes of people everywhere we went. In fact all these new experiences – fish markets and boat traffic at the Sai Kung waterfront, dragon statues and sand between the toes in Repulse Bay, twilight buskers and the nightly light show at Victoria Harbour – meant the week was arguably more straightforward than a regular week at home, where routine equals boredom equals frustration equals protest. 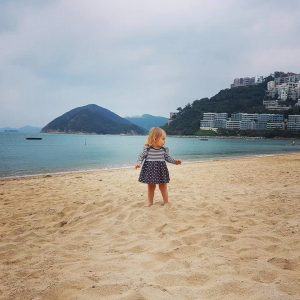 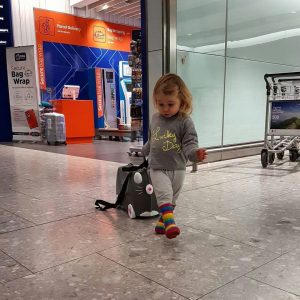 – Bhutan. Nowhere feels more alluring, and there is a hint of the forbidden about it. Plus any country with tigers automatically jumps up the list;

– Canada. The scale and expanse and wilderness. I would love to take Heidi there, to show her what the world looks like;

– Sri Lanka. Anna and I spend six weeks there about eight years ago, when the civil war was coming to its end and the country was all but empty of foreigners. It holds a special place in our hearts and I feel a draw to go back with Heidi to re-trace our old steps.

If you had to pick one travel item that makes travelling with kids easier, what would it be?
I doubt this will be a revelation to anyone, but for the younger ones, I would definitely say a baby-carrier or sling. We spent an age researching which was the best type of pushchair to take onboard flights, assuming we would need that at some point at the other end, but ultimately found that the carrier has been by far the best bet, especially if it is an adaptable one which can be worn on the front or back, facing outward or in. We have not used our pushchair at all on any of our overseas trips, even on the days when our roaming covered buggy-friendly places. Heidi has enjoyed a better view of everything, felt the comfort of contact and been able to nap when she pleased. It has been a great help for us too not having to lug a pushchair around with us when Heidi has been up for getting down and having a stomp around herself. 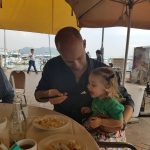 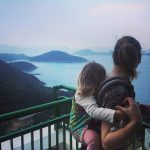 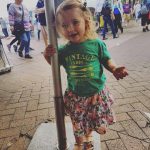 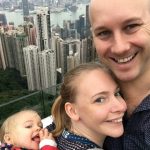 What’s your best piece of family travel advice that you can share with the Our Tribe Travels community? Pick destinations based on general factors (culture, climate, etc.) rather than specific details or landmarks. We have found doing anything with Heidi is dependent upon her mood at that moment in time – if she is not up for it, it will not happen. I would hate to spend hours putting all our travel eggs in an Uluru basket, for example, battling through hours of transport to get there, only to find out on the morning we go to see the rock that Heidi is having one of her tough days and refuses to play along. That would feel a terrible waste and would have the potential to ruin the trip. But the Belizean coast will still be the Belizean coast – water and sun and seafood and garifuna vibe – for day after day after day, whatever Heidi thinks of it!

Dom was awarded the 2016 Bradt Travel writer of the year award.  You can read Dom Tulett’s winning travel story about trying to spot a tiger in the wild in Nepal here.